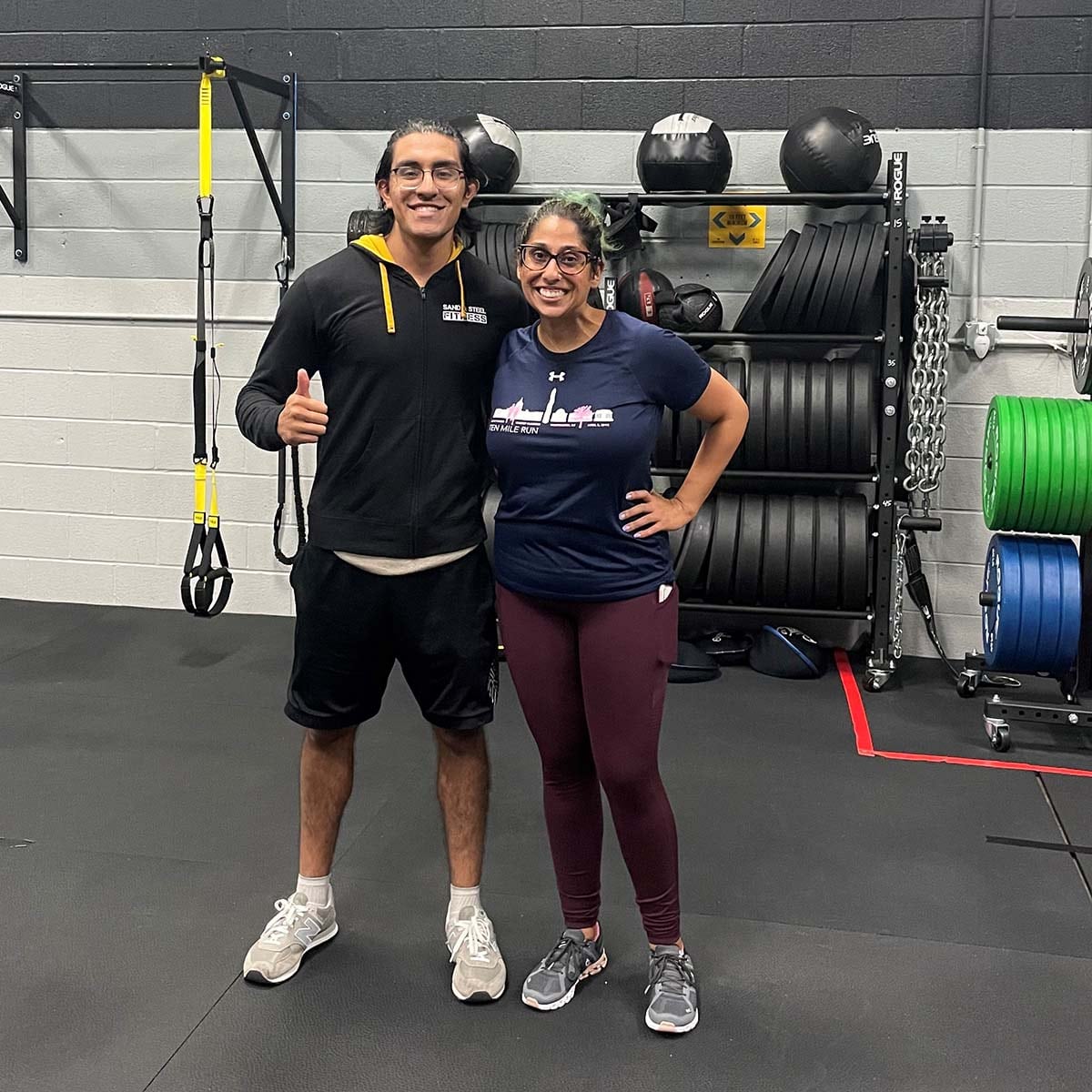 Everyone sees the role of their trainer differently. Some people want to be intense, focused, and to get down to business; others view personal training as a social activity as well as a physical one. As someone who has never particularly enjoyed working out, I fall firmly in the latter category. I have trained with a few different people at Sand & Steel, and they are all great in their own ways. I’m here to shed a little bit of light on the trainer I’ve stuck with lately, Jonathan Cardenas. Of course, you can see his fitness qualifications on the website, but for those of you who are looking to know a little bit more…read on.

First, he’s a TWIN. If you ever see him around the gym, he has a cool wolf tattoo on his forearm commemorating this special relationship. He just got another tattoo showcasing his love for anime (full sleeve tattoo likely coming soon). Also, this dude is multi-talented. He produces music on the side when he’s not training people at the gym. His stuff is legit; he’s on Spotify and everything. I’ve listened to his music – his songs are awesome (you’ll probably hear him on the radio someday).

Jonathan is also a fantastic trainer (selfishly, I don’t want to tell you that, because I don’t want all of his spots to get booked up). He is always patient when I try to “negotiate” workouts by doing 4 sets instead of 3, or when I threaten to throw up in front of everybody because I don’t want to push myself. He always comes to sessions with a positive attitude, a smile on his face, and words of encouragement for when I get frustrated with my progress. Somehow, he knows exactly how far to push me but isn’t a drill sergeant about it.

It’s weird to think that personal trainers may have struggled with self-esteem or weight issues, but it’s a more common story than you might think. Because they have gone through a similar journey, they want to pay it forward and act like a Sherpa of sorts, guiding newbies through their own journey. Jonathan struggled with self-confidence and self-esteem issues when he was younger. It was a self-fulfilling prophecy: because he didn’t value himself, others didn’t value him either. Years later, he fell in love with the mindset that he had built for himself after lifting. Now, he wants to share this mindset with others through personal training. He’s seen firsthand how much it can impact how you view yourself.

I can attest to how much my mentality has changed since I started training with him. First, I think everyone has a “why” when it comes to fitness. Without getting too deep, mine is a combination of being fat-shamed by multiple people as well as various mental health reasons. Jonathan and I talk often about how meditation, a positive outlook, and fitness all connect in overcoming pain (both emotional and physical). It helps you become a happier, more self-loving, and more self-confident version of yourself. He’s helped me change my perspective on working out so it’s not a chore, but rather an investment in myself that will pay off in so many ways.

I asked Jonathan what he would say to someone interested in getting fit but who’s feeling overwhelmed in how to get there. His advice is to set a long-term goal and work backwards: what would it take on a daily basis to continually progress toward that goal? Once you figure that out, all you have to do is follow the plan.

TL;DR: Jonathan is an awesome trainer and person – book a session with him ASAP; you won’t regret it.