Sand and Steel Fitness celebrates the major victory for all LGBTQ🌈 Americans.  Title 7 had not recognized gay and lesbian rights for over 50 years.

The Supreme Court Reverses 50 years of precedent: It is now illegal under federal law to fire someone because of gender identify or sexual preference. We only wonder why did it take this long for our Federal government to recognize: “An employer who fires an individual for being homosexual or transgender fires that person for traits or actions it would not have questioned in members of a different sex,” he wrote…. It is impossible,” Justice Gorsuch wrote, “to discriminate against a person for being homosexual or transgender without discriminating against that individual based on sex.” Majority Opinion.

As someone who has hired gay, lesbian, and trans personal trainers and CrossFit coaches, I can tell you that there is no difference in work ethic, preparation, or performance. Firing an employee is very hard to do. As an employer, it always involves recognizing that you made mistakes in hiring and/or training. And the thought of firing someone based on their religion, sexual identity, or political beliefs … it’s repulsive.

And I will go on record by saying that if you are one of those people who are disappointed or angry with the Supreme Court’s decision, maybe Sand and Steel is not gym you should join. Here, all people are welcome, every nationality, all ages, every religion, and all members of LGBTQ. That has always been our policy for employees and for members, and it will not change.Paul Roberts

5 Deals to Choose From 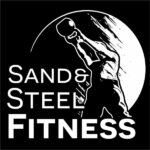