Sprouted grains, rice, and beans have recently become a focus of many health food makers.  In Whole Foods you’ll find germinated barley, in Trader Joes Ezekiel bread, and Sprouted Brown Rice at Sand & Steel.  But why are Sprouted Grains healthy… and are they really needed.  Health professional (especially ones working for food companies) tout the following three health benefits of sprouted grains. 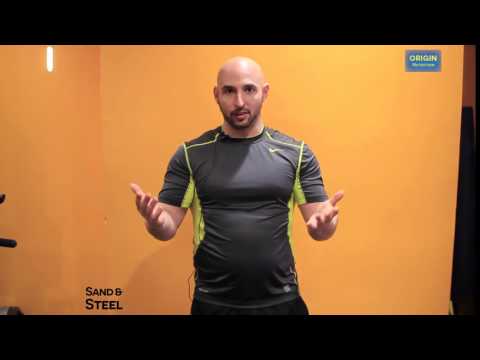 Sprouted grains contain less starch and sugars, because the sapling consumes some of these carbohydrates during germination.  The consumption of these sugars raises the relative amount of vitamins and minerals per calories, raising the ANDI (Aggregated Nutrition Density Index.)  For clients who struggle getting enough micro nutrients under a low-calorie diet, sprouted seeds and grains are an excellent option.  Starch is purely filler standing in between your body and the nutrition waiting inside of food. The less of it there is, the more nutrients your body gets.

Seeds and nuts have many of their important minerals held in an ionically bonded phytate compounds.  Phytates cannot be broken down by humans without the enzyme, phytase, an enzyme we cannot produce.  For this reason, many of the minerals in nuts and seeds are not “bioavailable.1”  Many people consider phytates an “anti-nutrient” for this reason.  However, phytates contain a number of positive benefits.  Phytatic acid is:

For this reason some people supplement with a compound called IP6 (myo-inositol-1,2,3,4,5,6-hexkisphosphate).2

The germination process reduces the amount phytic acid in the seed or grain.  Phytic acid can’t be digested without phytase, an enzyme that humans cannot produce. Phytic acid bonds tightly with certain minerals like iron, calcium, and zinc.

So while these minerals may be inside a particular grain like millet, these minerals aren’t “bioavailable” because phlyates are bonded to the nutrients.

After germination, the amount of phylates decreases, increasing the bioavailability of the nutrients.

Benefit 3: Reduces the Amount of Gas from Digestion of Beans and Legumes

Some people have trouble digesting beans because the oligosaccharides they contain.  This complex sugar is broken down by bacteria in the small intestines.  The bacteria produces a number of gases, such as oxygen, carbon dioxide, and nitrogen.  Many of these gasses can cause discomfort and flatulence.  Some of the bacteria also create methane gas, and this gas that gives flatulence it’s distinctive small.  Since the germination process reduces the amount of sugars in the sprouted grains, there is less of these oligosaccarides, and thus less production of gas during digestion.

So are Sprouted Grains and Seeds Worth it?

It really depends on your nutrition needs.  If you are low on zinc and iron, then yes these can be an excellent source.  However, one could also supplement with something like ZMA to get the needed iron.  As for the number of carbohydrates… the type of carbohydrates in the whole grains and seeds are slow digesting, low glycemic carbs.  These aren’t ones that people generally need to reduce, unless the client is a specific low carb diet.  As for the gas, even that has simply alternatives such as activated charcoal.  Sprouted grains generally contain more bacteria since they are sprouted in the germination process.  The nutrition community has know about the benefits of sprouted grains for about 25 years, and only recently have they made it supermarkets like Giant and Safeway.3 If they were really the nutritional boon food companies would like us to be, they would have made it our hands two decades ago.

So for the vast majority of the population, sprouted grains and seeds aren’t necessary.