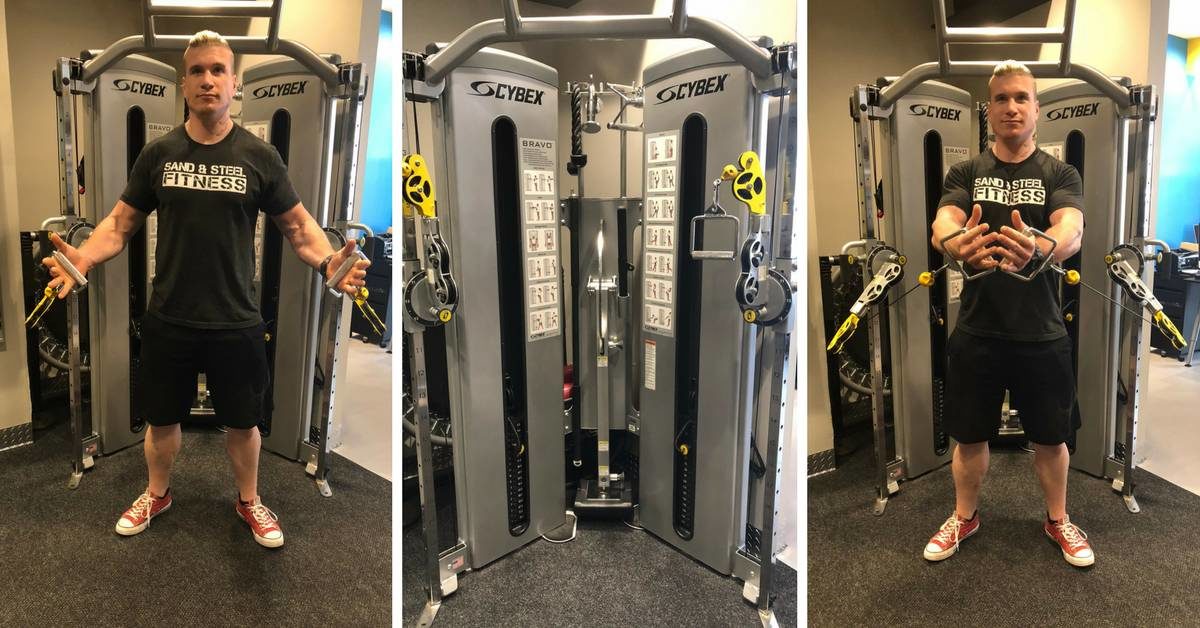 Cable Flys on The Cable Machine

The functional trainer (better known as the cable machine) is a dual pulley machine that allows the athlete to perform various rows, flys, and presses.  Rows and presses are easily replicated by conventional dumbbells and barbells.  In contrast, the Fly or Cable Fly is more difficult to do with dumbbells, and impossible to do correctly with kettlebells or barbells.

Excellent Corrective Exercise Movement. Great for building lower Pectoris Major
Low to Mid Chest Flys are one of the most effective exercises for shaping and toning the lower pectoris major.  Unlike many of other types of flys, the low to mid chest fly is very difficult to cheat.  About 25% of the clients I work with have some deactivation in their pectoris major.  One of the options in my arsenal of corrective exercises for the chest is the low to mid chest fly.

Great Chest Fly Isolation Exercise in the Single Arm Variation
Chest is definitely a mirror muscle.  If you are going to put in the work into building some serious strength, it’s a nice perk to have a good-looking chest as well.  The above video demonstrates the single arm fly.  In that video, I explain the directionality for performing a single arm fly.  The fly works much better in the single arm variation because you can angle your body to achieve much more muscle engagement. When you are doing bodybuilding, time under tension becomes a critical component. The short range of motion and simplicity of this exercise lends itself nicely to long 90 second sets (your pecs will feel that for sure.)

Paul shows a simple way to perform pronated flys on any cable machine.

The Pronated Chest Fly is an excellent Exercise for adding width to the Pectoris Major..

In many cases, chest flys are better performed one at time so that you can provide the proper focus to working the pectoris major.  If you are short on time, I recommend using the low to mid fly as that move can be done bilaterally with great effect.  In addition, performing alternating single arm 90 second chest flys automatically builds in an appropriate amount of rest for each arm so you don’t even need to track your rest time.  Chest flys are slow, methodical exercise.  But if you want to develop and sculpt your chest, they are one of the best exercises available.

The standing cable fly requires more control of the core and higher body weight to strength ratio than the seated fly.  If you are very strong and light, it may become difficult to perform cable flys in the standing position.  In which case, using a bench with a back can provide additionally stability so that you can focus on muscle recruitment in your chest.  If a bench is not available, utilizing an offset stance can be helpful. 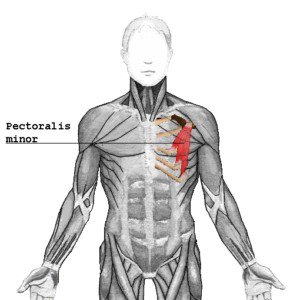 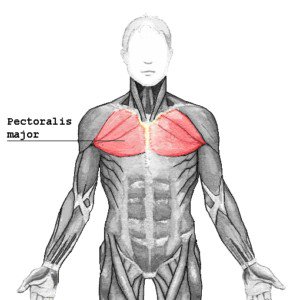 Pectoralis Major
For most people, Pectoris Minor is over active and tight from typing.  Whereas the pectoris major often is inactive from lack of use.  On humans, pectoris major is used for squeezing your arms together.  For example, clasping the trunk of a tree when climbing.  So generally when I am training clients I mobilize the pectoris minor and strengthen the pectoris major.  Mobilization of the pectoris minor can be done through rolling on Super Nova.  This helps position the shoulders into a neutral position reducing risk of injury.