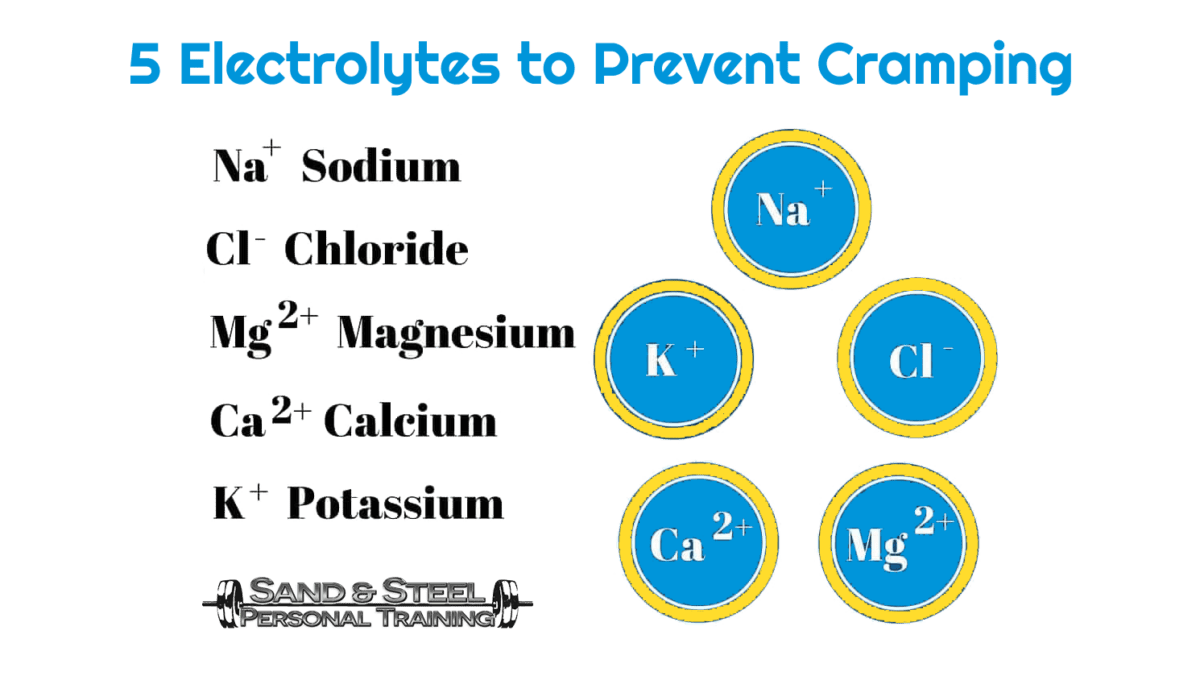 When you are trying to build muscle, competing in a soccer game, skiing on a black diamond, or getting your sweat on in a group class, the last thing you want is a cramp slowing you down.  From coaching nutrition for over 5 years, I have clinically observed that most cramps are caused by electrolyte imbalances.  This is a shame, because these imbalances are so easily corrected by taking a capsule, like what Saltstick sells.  While there are many electrolyte capsules on the market, their formula works for me (and many of our clients), and that is why it is the formula I continue to use.Paul Roberts 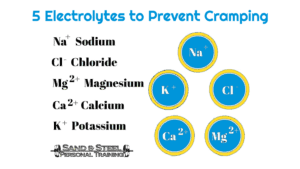 Why electrolytes? Your muscles require electrolytes to contract and release.  Slow contract creates diminished reaction speed and strength.  Slow release and you get a cramp.

Calcium, as you probably heard when you were growing up, helps maintain bone mass, but it also helps boost fat burning and weight loss. A 2006 study by researchers at the University of Washington examined data from more than 5,000 women aged 53 to 57 over a ten-year period. They found that while most of the women gained some weight, those who consumed at least 1,100 mg of calcium per day (the recommended daily amount is 1,200 mg per day) gained two pounds less than their counterparts. The study also indicated calcium supplementation could aid in weight loss.

Chloride: chlorine (in the form of chloride as an ion) aids in the contraction of muscle tissue.  If you are feeling especially nerdy, check out this article from Pubmed.  If not, just remember to eat your greens, because dark leafy greens are excellent sources of chloride (so is table salt.)

Magnesium helps manage even more bio processes: Magnesium is crucial for the production of ATP, which is how your body packages energy. A 2003 study found that magnesium supplementation resulted in increased exercise stamina, relative to a placebo. Same goes for a later 2006 study, which found magnesium supplementation helped decrease the fatigue-inducing effects of lactate buildup. This mineral is also essential for muscle contraction and bone formation.

Sodium and Potassium: When it comes to high-performance sports, such as weightlifting and HIIT-style workouts, sodium and potassium are even more important. This is because of their role in maintaining blood volume through what is called the “sodium-potassium pump.”  Every cell in the body utilizes the sodium-potassium pump to regulate fluid levels inside cells. Scientists refer to sodium as an “extracellular compound,” because the body naturally stores sodium in higher concentration outside the cell walls. Potassium exists in higher concentration inside cells; scientists refer to potassium as an “intracellular” mineral.

Chemistry for Nerds Like Paul
Nature tries to balance concentration differential through a process called osmosis. It is similar to the process that occurs in heat dissipation, or a drop of food coloring dispersing through water, i.e. things naturally move from an area of higher concentration to lower concentration. The concentrations of sodium and potassium seek to equalize over time by moving in and out of cell walls. This transfer of potassium and sodium contributes to how the body manages fluid levels.  These fluid levels contribute to blood volume and overall blood pressure. The human body requires sodium to absorb water; thus, low amounts of sodium will reduce blood pressure by reducing blood volume. In cases of chronically-high blood pressure, lower sodium and lower blood pressure is a good thing. In cases of athletic performance, it can be detrimental.  During high-performance exercise, the body’s metabolism spikes, meaning cells process more energy, oxygen and water than when the body is a rest. This is necessary for increased output, and in the case of body-building, necessary for growth and recovery. Along with a higher metabolism, blood pressure also rises to help “move” the aforementioned energy, oxygen and water through the cells more quickly. This increase in blood pressure also helps remove toxins and oxidative damage that occurs from breaking down muscle tissue. When the body cannot increase blood pressure, or when electrolyte levels – particularly sodium and potassium levels – are out of balance, this process is hampered. It is one of the reasons why low sodium blood levels have been linked to fatigue, dizziness and confusion (collectively known as hyponatremia). For anyone focused on increasing their physical output, from endurance athletes to bodybuilders, these symptoms should be avoided.

The best sources for obtaining these minerals are leafy greens, pumpkin seeds, squashes, potatoes, berries and canned fish. As we said above, a normal, sedentary person can get enough of these minerals through a healthy diet, as fruits, vegetables and nuts are the greatest sources of these electrolytes.

But in cases of high-performance, athletes may need to turn to additional sources to supplement their increased needs.

“Salts” is an umbrella term that includes the four electrolytes listed above: sodium, potassium, calcium and magnesium. According to the United States Department of Agriculture, the department responsible for producing the Recommended Daily Amount (RDA) measurements, adults should consume the following amounts of salts: