GoPro Hero3 vs Olympus TG-860. When it comes to getting the right video or picture during a mud run, like the Savage Race, Tough Mudder, or Warrior Dash, you have a lot of options.  For less than $300, I rounded up the top two contenders.  We’ll posting footage from both from our October 10, Savage Race Run, so check the blog for more sample footage.

The Battle of Two Sport Cameras

The camera to get if you are looking for a do it all video camera that you can mount to your bike, helmet, head, surfboard, or chest.  It’s super small, has a pretty amazing touch screen display, and simple controls.  It has a remote for taking selfies and it also has a smartphone app (not tested.)  We did the GoPro Suite, and we found it to be pretty useless other than for converting video from one format to another.  Given that the GoPro Shoots in native Mp4, there wasn’t much reason to convert to avi or mov.

The waterproof case is very nice, and that is how the Go Pro attaches to your favorite mount.  The camera itself isn’t waterproof, it’s the housing that makes its so.  Unlike the Contour, it’s very easy to swap the Go Pro between mounts.

The touch screen is not responsive when the camera is in the housing — it works, but not great.  The mode cycling works and it has only basic features, timer, video, burst, still, and settings.  While that may seem like all you need, new cameras, like the Olympus TC-860 have an amazing number of features such as 360 shooting — different aspect ratios, etc., specialty shooting options (a ton of them like macro, different scenes, etc.)  The GoPro makes due with a one size fits all approach, which makes sense given the way it’s designed to be used.

I did notice that the GoPro seems to really struggle with bright light sources.  Notice the glare on these photos, compared the Olympus which was shot in the same lighting conditions.

My survey on Amazon and other camera sites led to conclude that Olympus makes the best waterproof camera as of today’s writing.  The camera is wallet sized, and has a bevy of features.  It has a full manual mode, and it also has about 40 built in templates: fireworks, sport mode, scenes (background, cuisine, documents, beach and snow, etc.)  The camera will flip the display when it’s upside down.  The camera has a rotating display for taking selfies, and front and rear camera shutter.  Compared to my Canon SLR Rebel 2TI, this new camera dwarfs the features.  Photo quality isn’t quite as good on stills, especially when full manual control of the Canon is used.  I found the Olympus TC-860 to be much better in outdoors, but that makes sense given the purpose of this camera.

The Camera has a fast microprocessor.  I don’t know which one, but everything is snappy on the modes and selection — like when you get a brand new smart phone.  The display looks nice, but it’s not stellar like an iPhone.  The built in wrist attachment is the right size, strong, and pretty solid for what it is.  There is no case with this camera included, but you probably don’t need one.

I did find that lack of eyepiece strange.  I get that most people don’t actually bring cameras to their face anymore, but to the SLR crowd, an ocular view finder is the way to go. 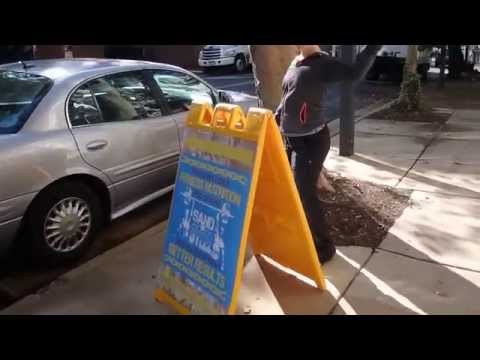 So Which is Better?

The GoPro3 is better if you need a camera you can operate without hands and you want to mount to your body.  Personally, I find that shooting video this way, just adds a lot of video editing time.  In order to get good stills or video to post online, you wind having to come through lots of video and stills to find the nuggets.  The GoPro has a vastly superior video stabilizer.  It’s the nicest I’ve seen.  Videos have a cool clear look to them, and the autofocusing is a little faster than the Oympus.  I really like the fisheye lens on this camera, it’s one of the best I’ve seen.  A comparable one for an SLR will run at least $400-$500.  No Fish eye mode on the Olympus, but it does have a nice landscape mode and Widescreen shots.

The Olympus TG-860 is superior in terms of still photos (no comparison really.)  It also shoots videos a bit better, and adjusting the dimensions of the photos and videos directly is an excellent feature.  I really like that you don’t need a case for it.  The camera feels pretty large, but not overly so.  Compared to an Iphone though it’s quite large.  The controls make sense once you work with them for about 20 minutes — so do the GoPro’s.  The Olympus has a standard camera mount as well which is nice.

So both cameras cost about the same, which one is the one to buy?  Tomorrow, I’m running the Savage Race with my team and we are taking cameras.  If I only could take one camera, it would the Olympus TG-860, because it is more versatile.

However, one thing to keep in mind, is that with the Go Pro you can get first person view footage.  That can’t be done with the TG-860.  When we do the race tomorrow, we’ll just alternate photographers.  We’ll be posting photos and videos from both cameras next week of the race as well.