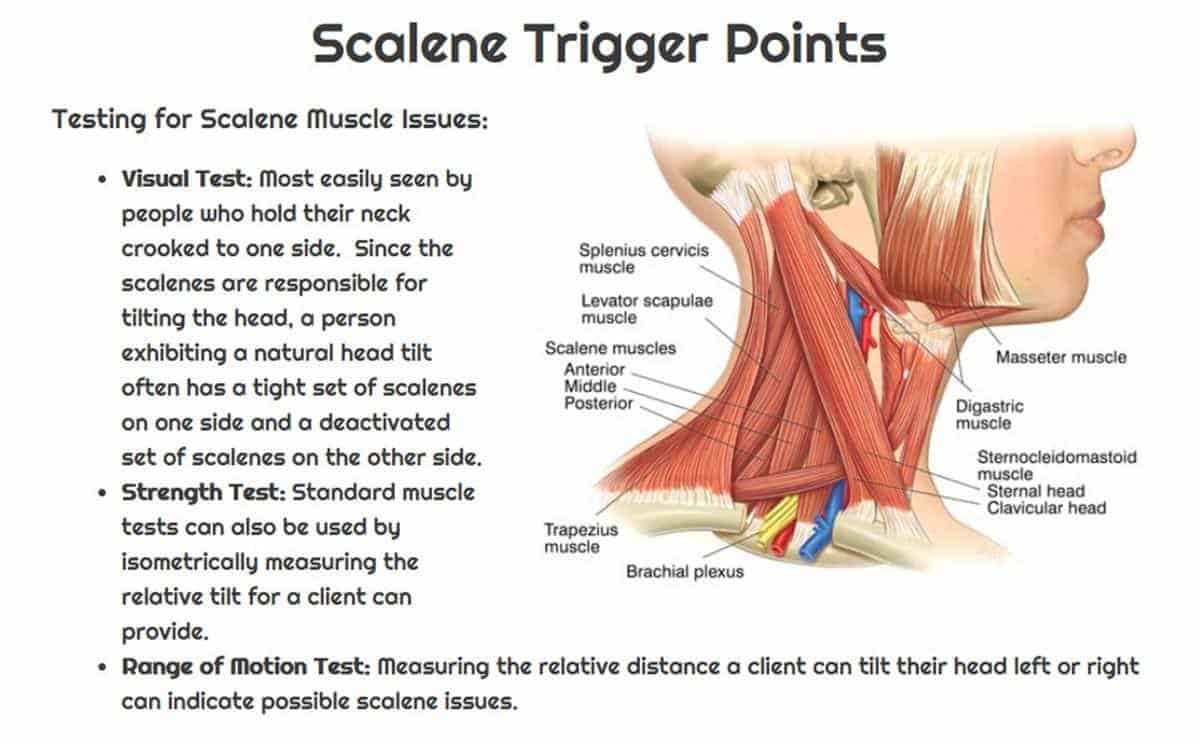 The SCM is in the same general location and the scalenes, so it may be difficult to visually isolate these muscles.  In addition, it’s easy to confuse the function of the Clavicular Sternocleidomastoid muscle (tuck left/right) with Scalenes (tilt left/right)

There are three Scalene Muscles on each side of the neck:

They provide the same general function — head tilting.  Because any of the three scalene muscles could be injured, it’s important to test range of motion and strength of each of the 6 scalene muscles.

Assisted Stretches and Exercises
The scalenes may be strengthened by keeping the head straight and providing a mild resistance against tilting (e.g. palm of the practitioner’s hand) and having the client tilt into it.  To stretch the scalenes, the practitioner (personal trainer, therapist, etc.) would hold the first rib down and tilt the head in the opposite direction.
Self Scalene Exercises and Stretches
So it’s really not possible (despite what some clowns on youtube will say) to effectively strengthen the scalenes by tilting your head into a wall.  Honestly, it sounds as ridiculous as it is physiologically.  If you simply can’t afford to hire someone experienced to help you, the best way to strengthen the muscles on your own is to reach your opposite hand over your head, grab your temple and tilt into your hand.  Stretch by anchoring your opposite arm down, and pulling the head into opposite tilt direction.