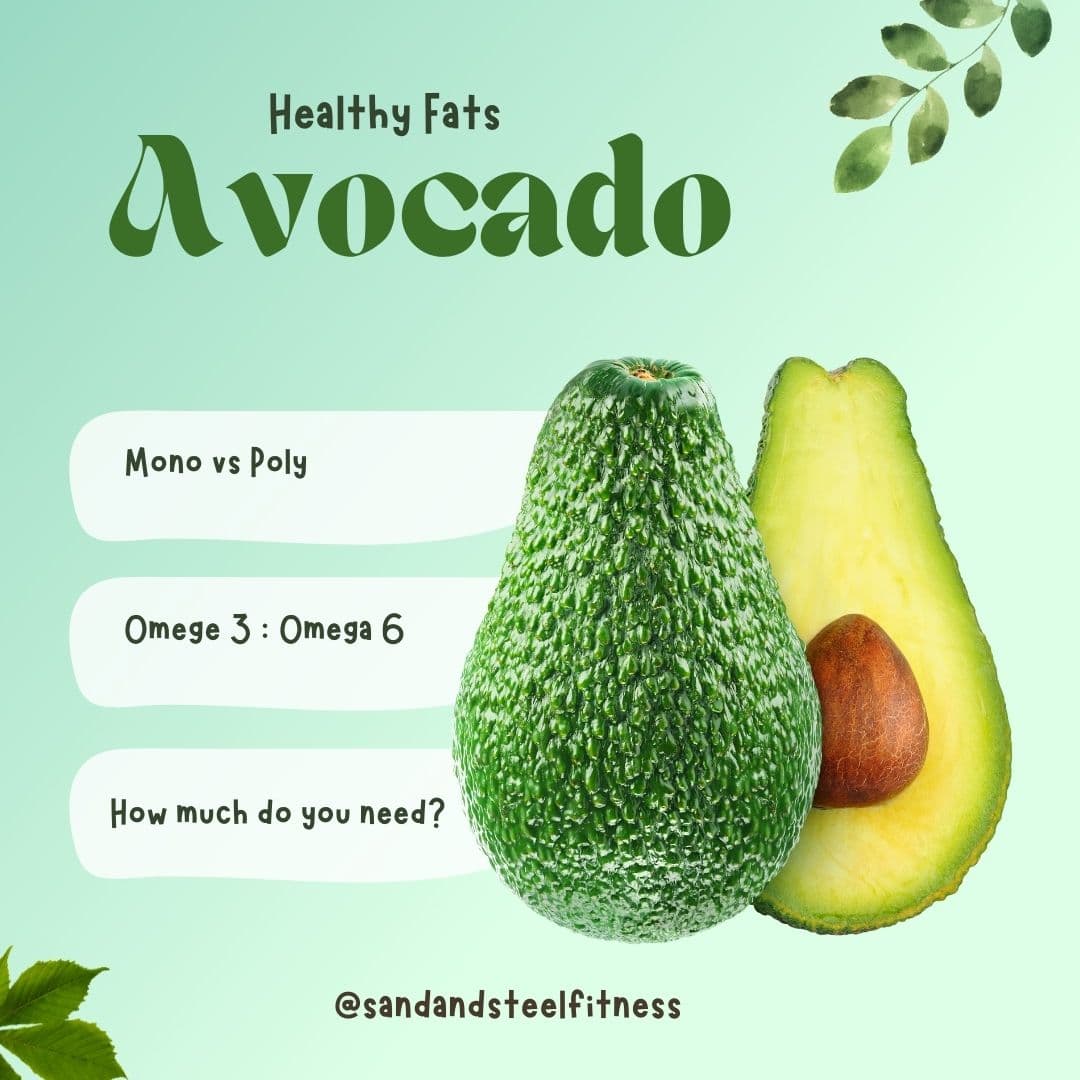 Learn the basics of Dietary Fat.

How much? From what foods? What to avoid and more!

Check out our latest infographic explaining the basics of fat, their ratios, how they fit into a balanced diet, and whole food sources.  This infographic will explain that not all fat is the same. In fact, there are four types: Unsaturated, Saturated, Polyunsaturated, and Trans.  Learn about your sources for Omega-6, Omega-3, and Omega-9 fatty-acids. And what kind of foods to avoid like Hydrogenated Oils.

(If you are vegan, consuming saturated fat is completely optional. Vegan fat ratios are 50% Unsaturated – 50% Polyunsaturated.)

Remember, food items do not fall perfectly into one category: Protein, Carb, or Fat (Saturated, Unsaturated, or Polyunsaturated). Many sources of fat will fall into more than one type. It’s all about finding a balance of the right ratios and sticking with whole food sources.

A vital nutrient for decreasing inflammation and improving your health

Omega 3 is vital polyunsatured fat… are you certain you’re getting enough?

There are three main types of Omega 3 that you should be concerned about consuming and that includes ALA, EPA, and DHA. Most polyunstatured fats are Omega 3, Omega 6, or Omega 9. Most of the nutritional buzz around Omega fatty acids involve just Omega 3 and Omega 6. This is because Omega 3 and Omega 6 fats are considered essential fatty acids (EFA) while your body can generate Omega 9. Common types of Omega 9 acids in the American diet include Oleic acid (included in olive oil, macadeamia nuts, etc.) and Erucic acid (rapeseed, wallflower, and mustard seed.)1

So if you eat enough Omega 3 and Omega 6 fatty acids, your body can produce enough Omega 9 on its own (unless you have special dietary conditions.) Common sources of EPA include safflower, corn, cottonseed, and soybean oils and livestock that consume these products. 2 This should come as no surprise since cattle is supposed to eat grass, but instead us humans have found it cheaper to feed them grain (i.e. corn.) Corn fed cattle can have an Omega 6 : Omega 3 ratio of 20-25 : 1 compared to grassfed cows coming closer to 3:1. Ibid. This isn’t just true for cattle, it’s true for eggs, bison, chickens (which generally eat insect, vegetables, etc. – not just corn, etc.) So, if you feed the animals the food they are supposed to eat, the meat produced by these animals is healthier to eat. Problem is, the American food industry has realized it’s cheaper to feed them grains and inject them with hormones and antibiotics (to deal with the infections) than to feed them the food they are supposed to eat.

While both Omega 3 and Omega 6 are EPAs, Americans primarily need to be concerned about eating more Omega 3 fatty acids, because most Americans eat too many Omega 6 fatty acids in their diet.

There is ample literature from dietitians and nutritionists that explains why maintaining a ratio of Omega 3 and Omega 6 fats around 1:1 is the healthy way to go (although some researchers suggest 1:2 or 1:4 is safe enough3). Just to name a few of reasons to eat Omega 3, unbalanced Omega 6 consumption has been linked to heart disease, hypertension, diabetes, obesity, premature aging, and some forms of cancer. Omega 6 imbalances have also been linked to inflammation4, blood clotting, and tumor growth. However Omega 3 fatty acids act as the complete opposite. So, to counter the negative effects of Omega 6, you’ll want to consume the same amount of Omega 3 (or at least 25%-50% depending on which researcher you trust.) While Omega 6 imbalances cause a host of health issue, a balance Omega 3/6 profile leads to lowering of triglycerides, heart disease risk, high blood pressure, arthritis, stroke risk, kidney issues, weight loss, etc.

So How Much Omega 3 Do you Need?
2-4 Grams plus extra to compensate for rich Omega 6 Foods

It really depends on your diet. The short answer is enough to counterbalance the Omega 6 you are consuming. Some health professionals like Dr. Oz recommend 1 gram of fish oil a day, 5 but dietitians and researchers tend to indicate around 2-4 grams of fish oil a day is good too.  Again, it’ll depend on whether you are attempting to treat a specific disease, how much you weigh, and what your current diet looks like.

We also have to keep in mind that there are three types of omega 3 fatty acids we need to consume ALA, EPA, and DHA. 6 So how much of each? Assuming you are ingesting 4 grams of omega 3 per day (if you are an average size male) 1.6 grams of ALA,7 2 grams of EPA, and 1.2-1.4 grams of DHA (note people having specific medical conditions should consult a dietitian, because these ratios should be changed to treat different conditions.)

Be sure to also check out: